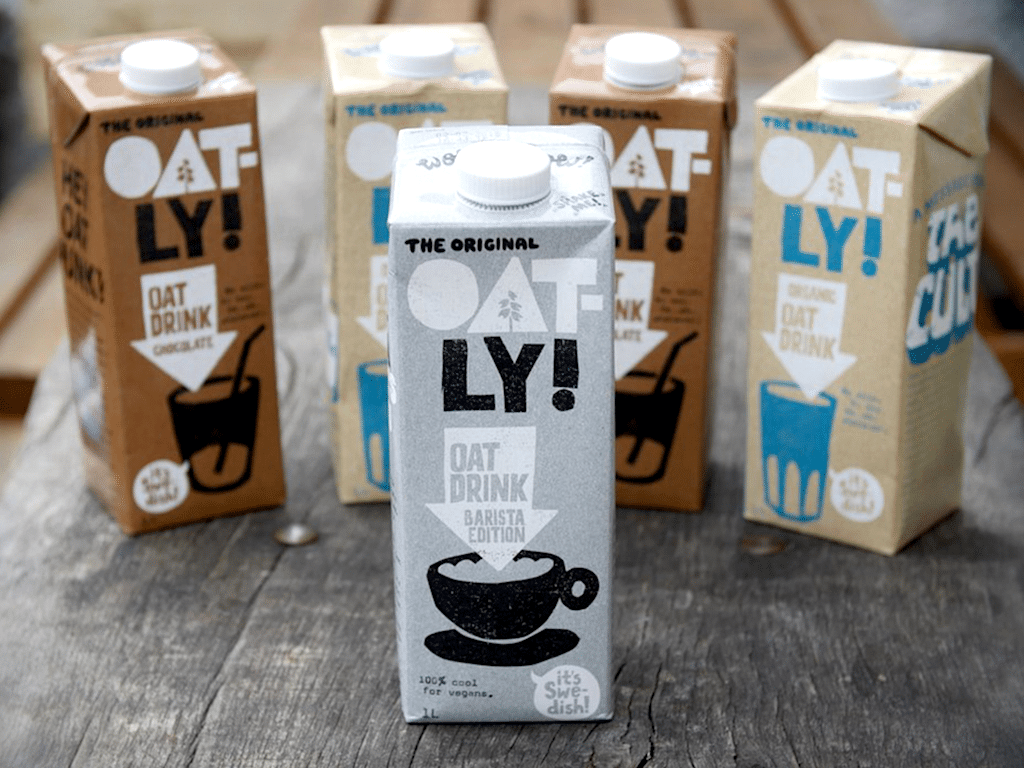 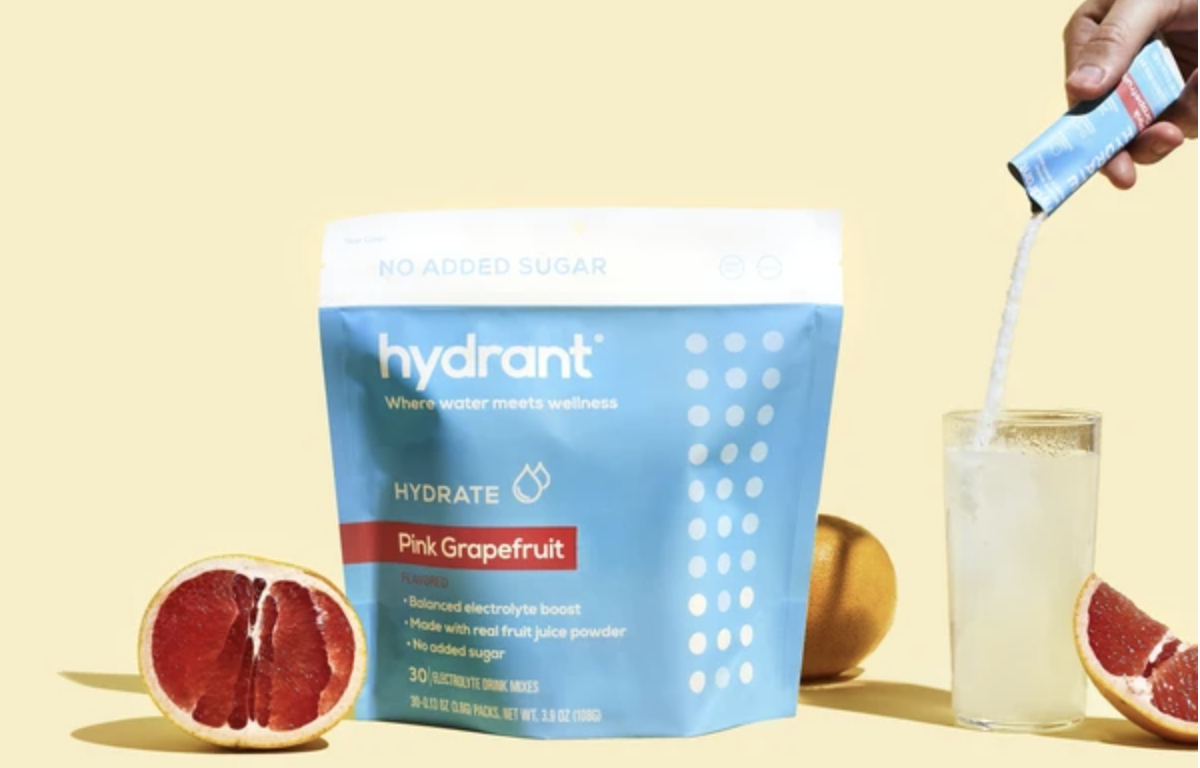 Learn More
Making your water work harder for you.
Website 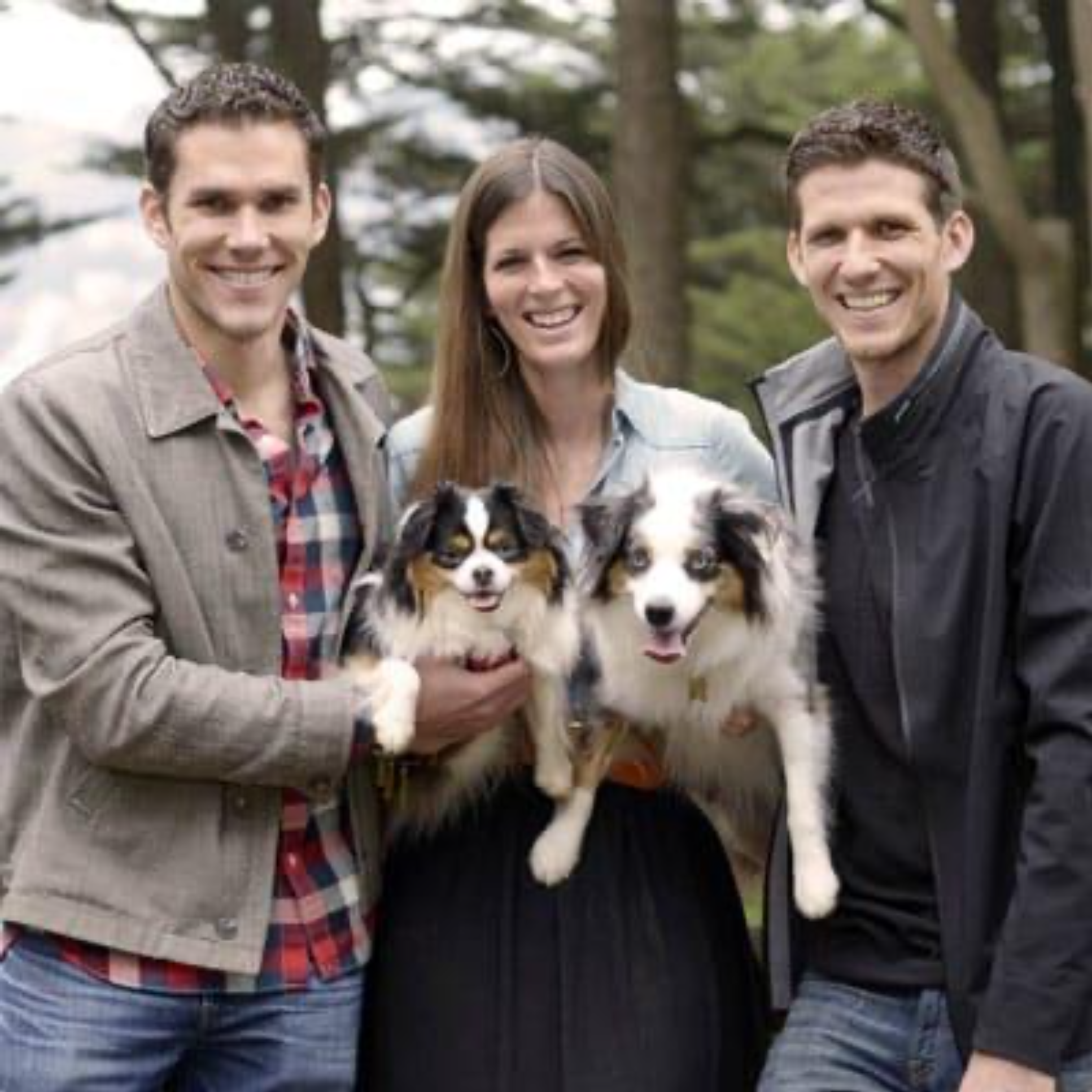 To provide healthy, personalized nutrition for pets. Using quality ingredients, cooked fresh every day, prepared and portioned for your pet and delivered to your home. Each pack contains, one meal made for your pet, no leftovers.

Nate Phillips was a corporate lawyer in San Francisco when he cooked up his first batch of dog food. He wanted something better for his mini Australian Shepherd than the usual supermarket sacks of dried food. Other dog owners took notice and soon Nate began selling his product at street fairs, occasionally eating a spoonful himself to show how good it was.

Today, NomNom has 160 employees and a facility that can produce the same quality product at scale. It has tapped into a desire among pet owners for fresh, healthy, organic food, customized to their animal’s microbiome, and delivered to their door. Existing customers are incredibly loyal, and new ones keep coming, drawn in by smart digital marketing and a stream of great content about pet health.

The online pet food market grew ten times between 2013 and 2018, to $4 billion. Pet owners crave the same for their pets’ food as they do for their own: convenience, customization and quality. They want products based on specific dietary needs and the size, age and breed of their pet.

Nom Nom is the only vertically integrated direct-to-consumer fresh pet food brand. That allows control and transparency all the way from product development and preparation to customer service. The effectiveness of its model is shown by NomNom’s best-in-class retention and customer lifetime value metrics. Coefficient decided to invest because we’re pet owners ourselves, and once people discover NomNom, they keep coming back for more. Cooking solutions for the new consumer.

Just Spices wants to transform the lives of home cooks, to nurture their creativity and reawaken their sense of discovery. It is revolutionizing the spice market through Digital engagement and innovations in retail and product development.

In 2014, when Florian Falk, Ole Stroschneider and Bela Seebach, then students in Dortmund, Germany, went shopping for spices, they found an industry which had barely changed in fifty years. The spice aisle had left behind Millennials and Generation Z, the most ethnically diverse generations in history.

Today, Just Spices provides consumers with global flavors, organic, chemical-free ingredients, convenience and a digitally-enabled experience. Their products appeal to home cooks who want to spend less time preparing meals, and who cook with their smartphone close to hand.

Just Spices turns digital data into consumer insights which lead to the rapid development of new spice blends and meal helpers. It has built a vibrant digital community of home cooks. More than 60% of its sales are generated online. Through its own in-house studio it delivers content, recipes, a mobile app and a podcast which have given it a unique and influential voice in the $60 billion global flavors market.

Just Spices has established a growing presence in a large, stable category, where there has been little innovation. It now intends to expand further in Europe and create new products to achieve its goal of making every meal more delicious. To make it easy for people to turn what they eat and drink into personal moments of healthy joy without recklessly taxing the planet’s resources in the process.

Oatly was founded in the 1990s based on research at Lund University in Sweden. Its headquarters is in Malmo, but its products are now available in more than 20 countries in North America, Europe and Asia. It has established itself as one of the most significant plant-based food brands, setting standards for quality, growth and commitment to its community.

Oatly is now committed to major investments in capacity, building the plants and equipment necessary to ensure the quality of its fast-growing portfolio of products. Its intelligent growth offers lessons for so many brands with similar aspirations. 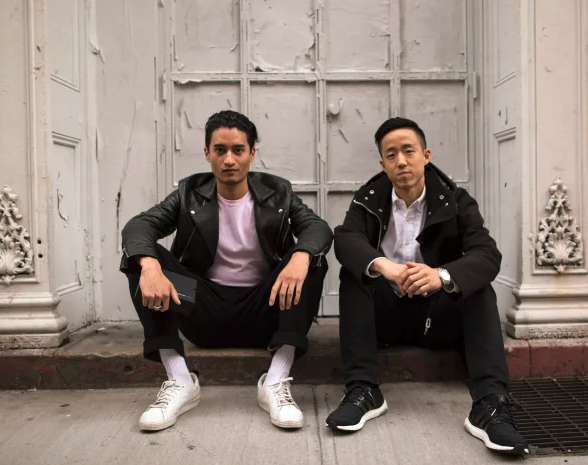 Personal care tailored to you.

To create premium quality personal care products tailored for you, and deliver them right when you need them.

Phil and Brian met at middle school in New York City. As teenagers, they shared a love of sneakers and basketball, and created a streetwear brand before heading to college. They reunited in 2016 to start Hawthorne, named after a berry used in many fragrance formulas.

They saw the opportunity to offer men the kind of quality products available to women, and make them more accessible in terms of brand and price point. For two years, they focused on Hawthorne’s fragrances, ensuring a reputation for quality which could cascade through other products.

They met the challenge of selling a fragrance product online, where you can’t smell it, by creating a quiz which leads people to narrow down their needs and preferences. Men tell Hawthorne about themselves, and Hawthorne tells them what they need – then delivers it and replenishes it before it runs out.

By 2019, having proved they could sell fragrances, they expanded their offerings to soap, body wash, deodorant, body lotion and face cleanser. Making your water work harder for you.

Proper hydration brings mental clarity and physical improvements. Yet 75% of Americans are chronically dehydrated. Hydrant wants to fix that. Its science-backed products contain the ideal balance of flavor and minerals to hydrate you rapidly.

John Sherwin discovered the importance of hydration as a biology student at Oxford. Jai Kim was looking alternative to his punishing coffee habit. They connected in 2017 and created Hydrant to deliver a science-driven hydration product that tasted great. Their hydration powders contain less sugar and a fraction of the calories of the most popular hydration drinks, and deliver an optimal electrolyte balance with no artificial ingredients.

Through the smart use of e-commerce and social media to connect with communities of buyers, they developed and marketed delicious hydration powders, which could be dissolved in reusable water bottles. That matters in a world lashing out against the excessive use of plastic. Over 50% of consumers are against single-use plastic water bottles, and over 60% of Millennials use a reusable bottle.

Hydrant has also tapped into the growing market for functional wellness solutions, products for people wanting to live healthier and longer.

Hydrant has already done what no sports beverage has done before. It is functional but natural, sustainable, but convenient, and it has a strong content-driven digital presence. It is making a mark in the $15 billion US market for sports, nutrition and performance beverages. Based in New York, it is tapping into the deep networks of other thriving CPG companies.

With Coefficient’s support, John and Jai plan to look beyond hydration to other areas of wellness, where they can apply their unique combination of hard science, great taste, and deep connection with consumers. 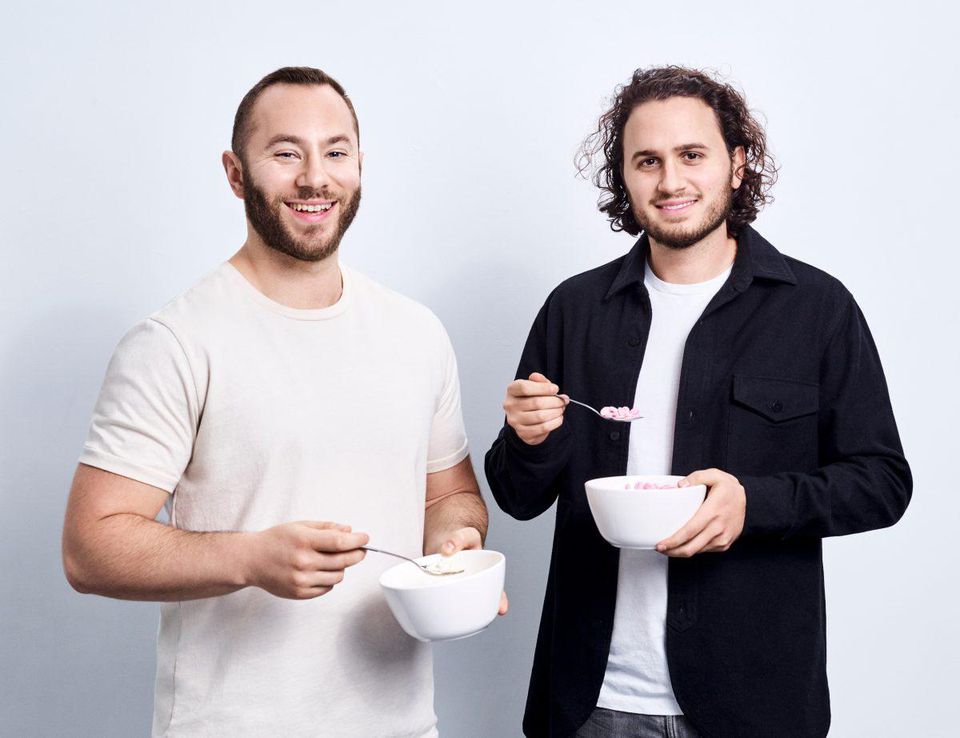 To make childlike cereal for healthy grownups: No sugar, no grains, no artificial flavors. Just lots of flavor, fun — and protein. Cartoons optional.

Greg and Gabi started their first company in their dorm room at Brown University, launching just after graduation in 2013. Magic Spoon has been a much easier ride: “Having live crickets in our dorm room on campus during finals? It’s been quite smooth after that,” says Gabi of Exo, the cricket flour–based protein bar brand that landed them on Forbes’ 30 Under 30 list before they sold the company to their supplier in 2018.

The protein bug stayed with them. Research showed that almost one-third of Americans follow a low-carb diet, and 18% are keto. And, above all, 87% of Americans buy cereal, most eating the same brand every morning. Gabi and Greg’s own cravings revealed that there was nothing on supermarket shelves that tasted like the cereal they loved growing up but was legitimately healthy — free of the sugar, GMO grains and artificial flavors that permeate the $11 billion category. And so they sought to tap into the emotional power of childhood cereal, while making something good enough that it could help change the system.

They spent months working to develop grain-free, protein-packed cereals that people would want to devour, but wouldn’t leave them crashing an hour later. Instead of launching at supermarkets, Gabi and Greg decided to meet their customers — those looking to replace their smoothie or bar — where they are: online. Magic Spoon’s direct-to-consumer cereals launched in April of 2019.  The order rates were impressive “On the first day, we knew we were onto something pretty huge,” says Gabi. Within the first six weeks, they were sold out.
Between March and December 2020, Magic Spoon’s easy-to-ship, shelf-stable (and mood-enhancing) cereals proved so popular that they tripled staff and began shipping internationally.

Affordable health care for all Americans. Transformative nutrition to help you thrive. To create a better way to drink. Haus’ aperitifs are made with natural ingredients and designed to meet the social needs of today. They are complex in flavor but lighter in alcohol, so you can enjoy drinking with friends and worry less about the morning after.

Helena and Woody are a third generation winemaking family from Sonoma, California. Helena spent ten years in Silicon Valley, working in business development and branding at major tech firms, while Woody has spent his career with his family wine firm. He discovered aperitifs while living in Berlin in 2009. He saw they allowed people to socialize over a drink, without getting drunk. He and Helena made their first batch of Haus in their living room, with a bucket of chardonnay and lemons and elderflower from their yard.
They decided not to go through the traditional alcohol distributors and build their own direct-to-consumer channel. They spent the first year of Haus working on the numerous sales, shipping and tax rules to ensure Haus could be compliant with the arcane rules around alcohol.
To market their product, they relied initially on press and word of mouth. Within months of their launch they were on major media holiday gift guides. Consumers loved the taste, packaging and content which Haus produced, and they shared their enthusiasm with friends.

Continuing to work on the challenge of developing an alcohol brand in the face of so much regulation. Playing the long game of relationships with distributors, press and other industry players and demonstrating the consumer-led enthusiasm for their drinks.
Haus wants to be in the biggest retailers without getting lost in their huge books of products. They are investing more intelligently in paid advertising, getting to know their customers even better and refining their product-market fit.